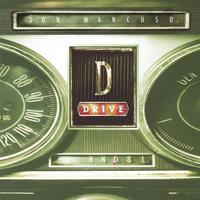 Don and long time friend Phil Naro decided to join forces with Steve Major as co-writer/producer. Once 5 of the ideas were etched out and basic tracks recorded, Don’s
Friend/Ex-Foreigner/Black Sheep singer Lou Gramm was in town on break from the last Lou Gramm Band tour and gave the tunes a listen. He was so impressed at what he heard that he asked if there was any way that he could come in as a guest vocalist/co-writer.

The rest of the story is documented on this hard rocking CD. Lou and Don had written “Wait till the Sun Goes Down” during the Foreigner 4 tour and decided to put that one on as well as some great tunes written by Naro and Mancuso and a remake of the Beatles “Hey Bull Dog”. On the song “Your Never Alone” (which was written for a friend dying of cancer) extra contributions came from long time friend/producer/musician Tony Gross of GFI Studio.