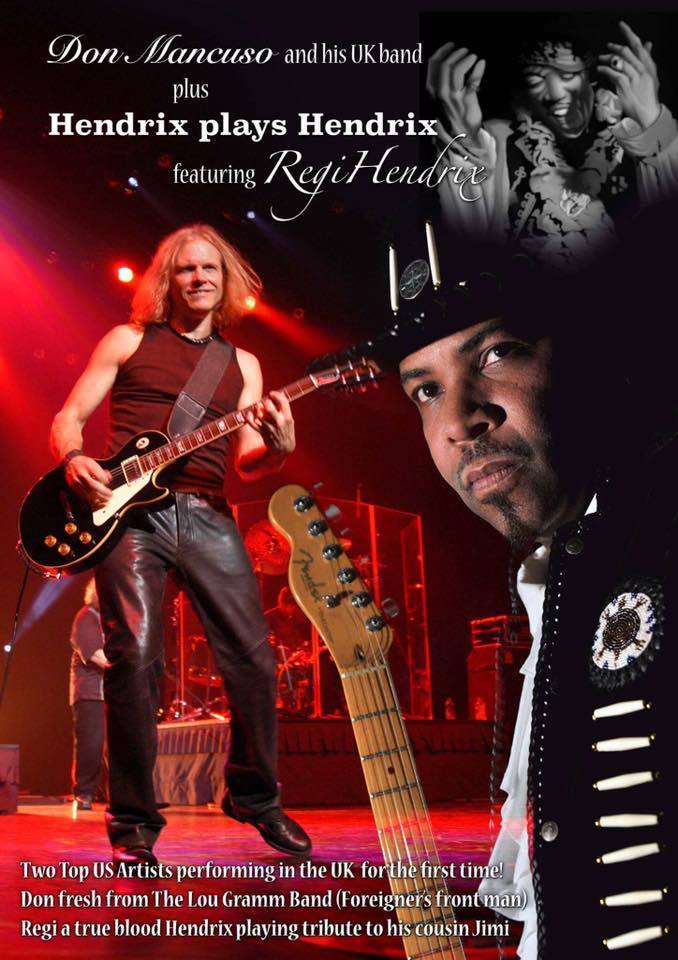 Regi Hendrix and Don Mancuso Band UK
Regi Hendrix is a true blood cousin to the legendary Jimi Hendrix playing left handed guitar just like Jimi. Don Mancuso is an international rock guitarist from Rochester New York. Don has worked with many big names including Foreigner vocalist Lou Gramm, Regi Hendrix, Ian Gillan, Billy Sheehan and David Lee Roth to mention a few. These two legends are coming together to perform in the UK. There will be a full band of professional musicians to support Don & Regi who will perform an evening of rock classics with Regi performing some Jimi favourites. This is a once in a lifetime opportunity to see these two greats on one stage in the same night.